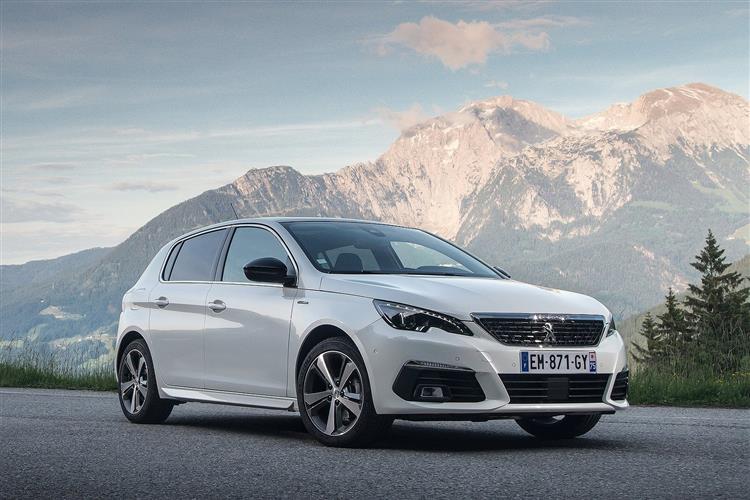 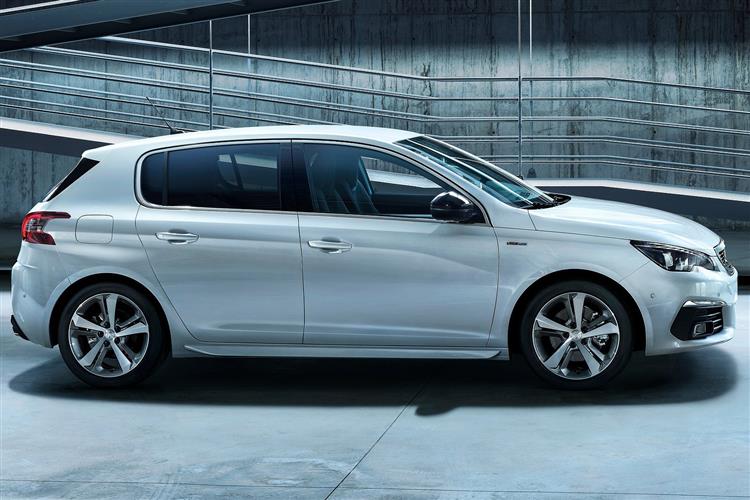 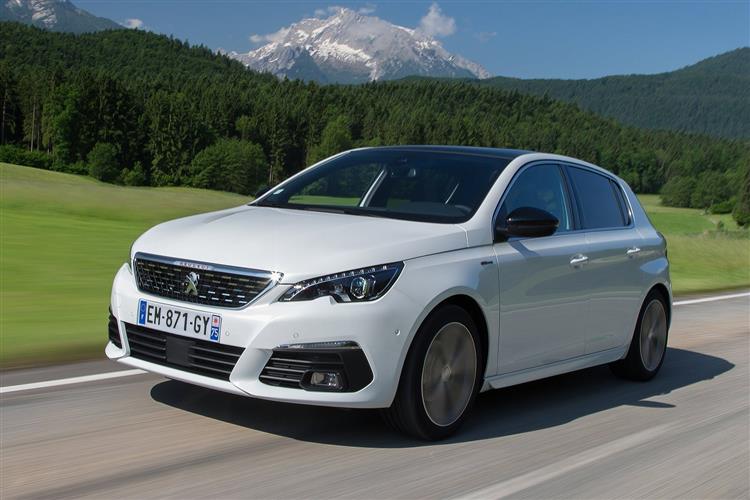 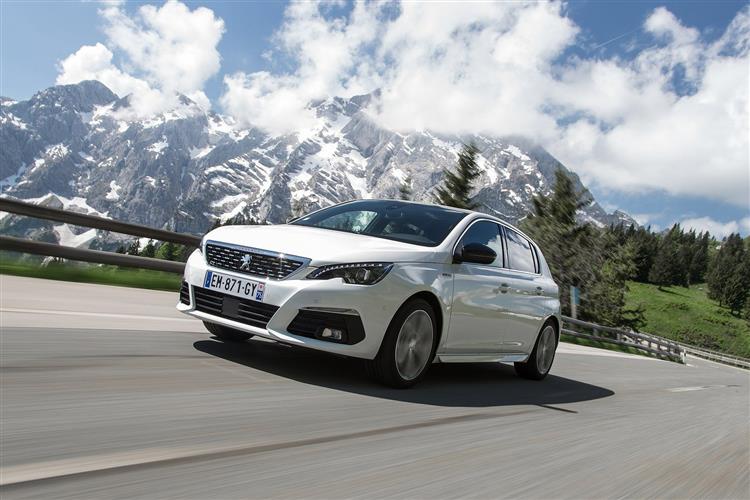 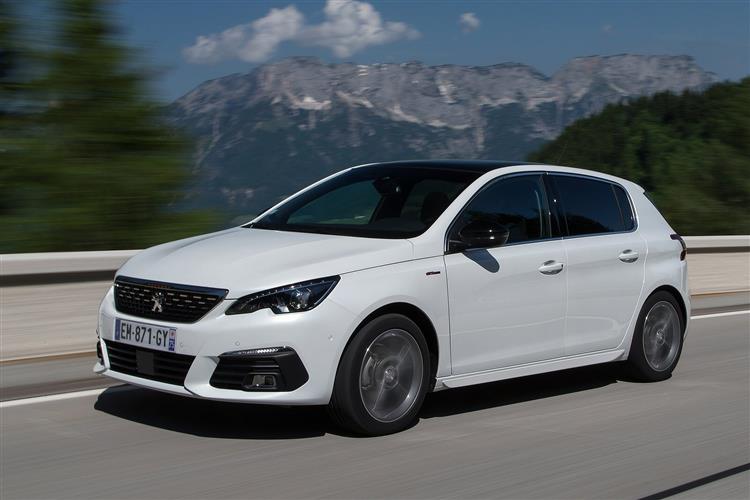 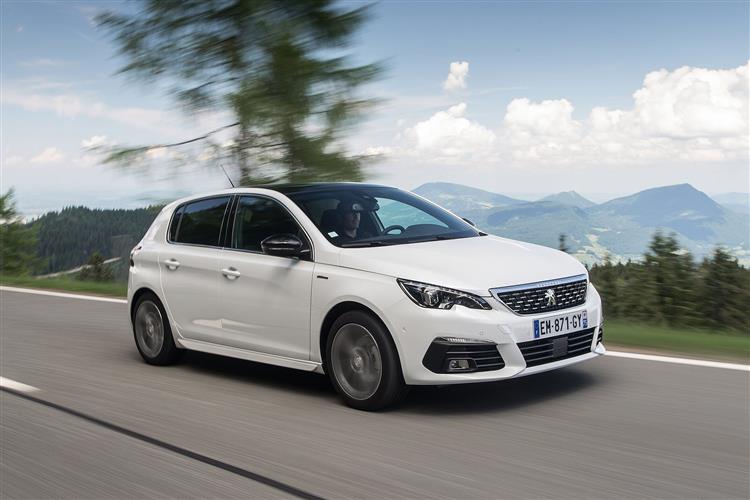 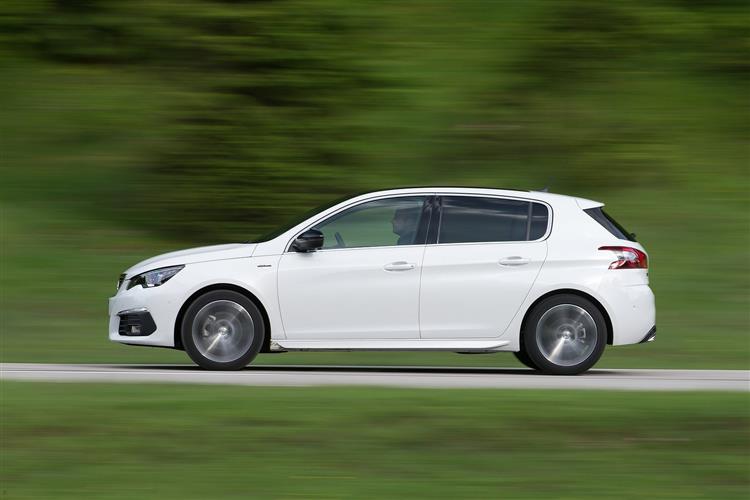 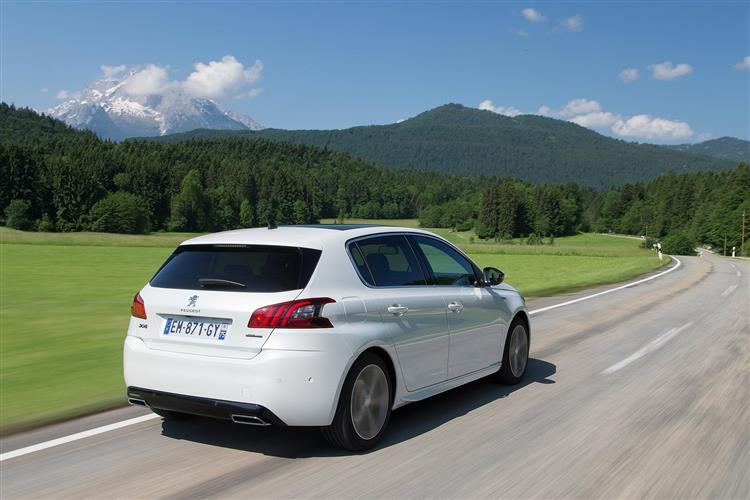 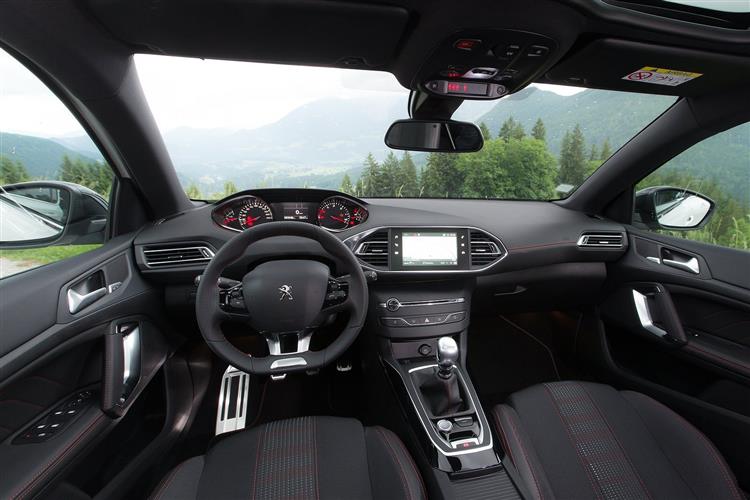 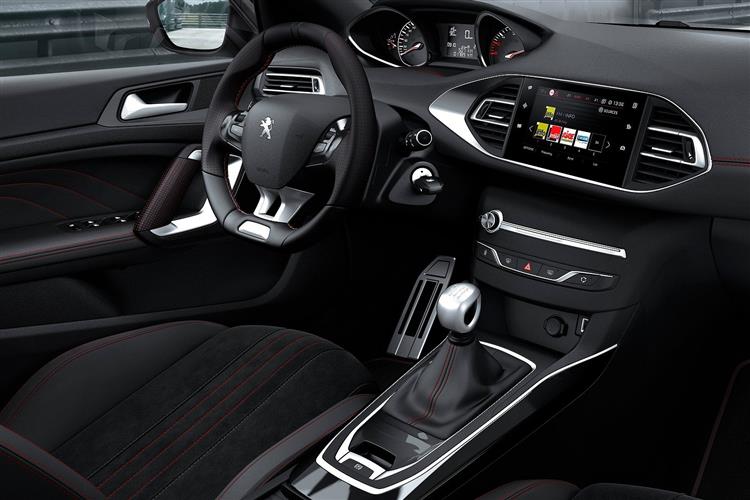 You might not have ever thought of the Peugeot 308 family hatch as being truly aspirational but maybe it's time to start. Peugeot's been making Focus-class models for half a century and we're already on the third generation of the one badged '308'. This is the most up-market version yet, in keeping with the Peugeot brand's more premium positioning within the new Stellantis Group formed by the merger of PSA and Fiat. The last 308 wasn't really a car many customers would have chosen in preference to a Golf, let alone anything premium, but this MK3 version might be. Everything's different - even the front Peugeot grille badge. And the sharky looks clothe a cabin that could just be the segment's most sophisticated. Premium values with mainstream value? Is that what we've got here? Let's find out.

Under the bonnet, there's a mix of something old and something new. Familiarity comes with the conventional petrol unit, an updated version of the brand's usual PureTech three cylinder 1.2-litre powerplant and available with 130hp. Peugeot is also still offering its usual 1.5-litre BlueHDi diesel in 130hp form. Both these two mainstream engines are being offered only with 80-speed EAT8 auto transmission. As for what's new, well inevitably it's electrified. There are two petrol Plug-in Hybrid units, starting with the Hybrid 180 model which combines a 150hp PureTech petrol engine with a 109hp electric motor and a 12.4kWh battery smaller than that in the 3008 SUV, but large enough to take the car up to 37 miles between charges. The same range is also possible from the alternative Hybrid 225 variant, which combines a 180bhp petrol engine with the same 109bhp electric motor for a maximum combined power output of 225hp. What about autonomous drive technology? After all, a car of this kind these days isn't quite complete without it To satisfy this need, the French maker is offering its 'Peugeot Drive Assist 2.0' set-up. Previously, PSA Group tech relied on stop-and-go cruise control and lane-keep assist, but this evolved set-up can now automatically adapt the speed of the car around corners, operating at speeds up to 112mph.

This third generation 308 certainly makes a pavement statement. As before, there are hatch and estate body styles, both of which have plenty of overtaking presence. There's a longer-looking bonnet and a lower-looking nose bearing the latest, rather different Peugeot badge on its grille. Flanking this are slimmer LED headlights complemented by Peugeot's fang-like LED daytime running lights. In profile, existing owners might notice the extra 11mm of length and the prominent creases that have appeared over the wheel arches, which sit below a stronger shoulder line. At the rear, there are tail lights with three 'claw' style lighting elements. And inside? Well if you thought the exterior was different, take a look in the cabin. Yes, there's still Peugeot's i-Cockpit layout with its small steering wheel, but that now sits beneath a completely new digital instrument panel, with clever 3D image tech borrowed from the brand's smaller 208 supermini. The tall, sloping dashboard features a sharp-looking 10-inch touchscreen display which has wireless Apple CarPlay and Android Auto smartphone connectivity and is available in two forms - basic 'i-Connect' and more sophisticated 'i-Connect plus', which offers widescreen navigation from TomTom. Bottom of Form Beneath this monitor is a row of freely configurable touch-sensitive controls, called 'i-Toggles'. Each one offers a shortcut to a major function, such as radio, climate control or 'phone. Out back, a 55mm wheelbase increase makes the rear cabin noticeably more spacious than before. And boot space for the hatch is rated at 412-litres, better than most class rivals. If you want more, you'll need the alternative SW estate, which offers 608-litres before you start folding seats.

To reflect all the fresh technology, prices have risen a little. Expect a starting point for the hatch of around £24,000, with the brand's usual 'Active Premium', 'Allure', 'Allure Premium', 'GT' and 'GT Premium' trim levels. There's no GTi this time round. There'll just be the two body styles to start with - hatch and SW estate. There are no plans to reprise the Cabriolet body shape that featured with the first generation 308. For the asking figures, you get plenty of extra safety tech, including a long-range blind-spot-monitoring function, rear cross traffic alert and a reversing camera with a 180-degree field of view. There's also automatic high-beam and traffic sign recognition. If you go for an EAT8 auto variant, you can have Adaptive cruise control with a full stop-and-go function. Manual versions can also modulate distance to the car ahead, but not below speeds of 19mph. Across the range, a 360-degree top-down style surround view camera is also offered. If you want to add luxury touches, your dealer will offer you nappa leather upholstery and powered, massaging seats. From 'GT' trim upwards, there's also a clever cabin air filtration system designed to keep polluting gasses and particles out, with the cabin air quality level displayed on the centre-dash screen.

The PureTech and BlueHDi diesel petrol engines deliver very similar WLTP efficiency figures to those of the same units in the previous generation version of this car. Think around 55mpg on the combined cycle and 128g/km of CO2 for the PureTech 130 engine; and about 65mpg and 117g/km of CO2 for the 1.5-litre BlueHDi 130 diesel. This latest car's chassis (an evolved version of the PSA Group's EMP2 platform) can support a full-electric variant, but the Group already has the Citroen e-C4 in this segment, so the 308 goes PHEV with two Plug-in Hybrid variants, the Hybrid 180 and the Hybrid 225. As we mentioned in our 'Driving Experience' section, up to 37 miles of battery running is claimed in each case, while CO2 is rated at 25g/km. From a household plug, both PHEV variants will be replenished in just over seven hours. You'll find 3.7kW single-phase charging supported as standard, which means recharges will take three hours and 50 minutes. A 7.4kW on-board charger is available as an option and plugged into a wallbox, the battery will take one hour and 50 minutes to be topped up. The plug-in hybrid 308 variants offer a thermal pre-conditioning function too. Via the MyPeugeot smartphone app or by using the vehicle's touchscreen, owners can schedule a wake-up time for the battery. This means that the cells can be at the optimal temperature for efficiency from the time you start up, plus of course the interior can also be pre-cooled or pre-heated too.

Peugeot isn't just building a car with this third generation 308. It's building a reputation. For too long, this much-loved brand lost sight of what made people want its products. Now, it's setting out to build desirable machines once more, models that aren't simply playing catch up or trying to copy the big sellers. Sure enough, this is vehicle with a definite feel of its own. It's not going to appeal to everybody but it is now a car that the company can rightly feel proud of - a contender good enough to worry the best in the business. After all, it gets so many things so right. French family hatchbacks in this class haven't always been able to justify themselves, either in terms of quality or in the harder discipline of pounds and pence running costs, but this one performs beyond expectations in both these areas. Overall, what's on offer here is a car that's continuing to restore Peugeot's reputation for building elegant, comfortable and understated vehicles. A car that gives the brand a shot at making good on its upmarket aspirations. It's been a long time coming.